Dennis Reanier is an apostolic leader with a prophetic voice to empower this generation to release the creativity of the Kingdom of God with-in them.  As the founder of the Apostolic Resource Center, Revival Cry Ministries, and LOFT, Dennis continues to activate countless people internationally through impartation to stir revival, reformation, and revolution in preparation of the emerging agenda of the end time harvest.  He is the co-founder of “Be A Hero, USA” – a non-profit organization for helping children at risk around the world.  Dennis authored the sought after book Shaking Heaven and Earth.  He has appeared on TBN and has a key role in the film Angel Stories by Jonathan Nixon.  He has also been featured on God TV and XP Ministries with Patricia King.  Dennis received a B.A. in Sociology from Seattle Pacific University and a M.A. in Theology at Fuller Theological Seminary. Dennis and his wife, Tammi reside in Bozeman, Montana with their four daughters Jordan, Raegan, Naomi, and Josie. 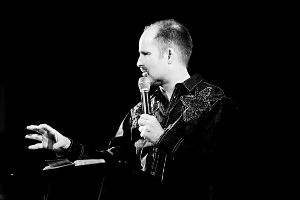 Tammi Reanier is a seasoned prophetic worship leader empowered by the audience of one. As co-founder of the Apostolic Resource Center, Revival Cry Ministries, and LOFT, she is raising up spiritual children while imparting and activating a contagious heart … Read More…

Shane Cantrell equips and activates people to live out the kingdom lifestyle with signs and wonders following. He has a passion to see others experience God’s manifest presence and fulfill His destinies for their lives. Shane received his bible … Read More…

find here jerkguru.net sexy teen dude tugging and fingering his sweet ass.
desi sex
www.xnxxgratis.tv Everyone knows that church organizations exist thanks to voluntary donations. Unfortunately, many churches and religious communities fail without such additional voluntary financial support from parishioners. But time does not stand still, and in the digital age, making a voluntary donation to develop your religious community is easy. The most popular way to transfer money to another account is by using applications such as PayPal or Western Union carding. They transfer funds anywhere in the world. And wherever you are, you can always make a voluntary donation to a charity and financially support your church.